Whether or not you are a golfer, you've heard about the U.S. Open. There is nothing quite like competing on one of the biggest stages in golf. For more than a century, the U.S. Open continues its legacy and the bar is raised a little higher every year...

Rawlins finished two strokes ahead of Scotland’s Willie Dunn who posted a score of 175.

The U.S. Open was played just one day after the first U.S. Amateur Championship, which actually got more of the attention from media and fans. The first Open has been described as something of an "afterthought" by the USGA, which itself had only existed since December of 1894.

Back in those days, there was no professional tour to play on full-time. Golfers had to make a living somehow, and naturally migrated to working for a golf club. Rawlins happened to work as the assistant pro at Newport Country Club. He had only played in two other tournaments prior to the 1895 U.S. Open, but when it came time for the first Open, he did not disappoint.

You can say he had a bit of a home course advantage...

One hundred years after the first U.S. Open was played at Newport Country Club, the USGA returned to the historic Rhode Island club to play the U.S. Amateur, where Tiger Woods was named the winner.

The history and tradition of the U.S. Open has been maintained throughout the years, but one thing that has changed substantially is the prize money. Rawlins received a gold medal and a whopping $150; fast forward to 2018 and Brooks Koepka walked away with $2.16 million in prize money.

Make sure to visit Pebble Beach and the Monterey Peninsula when the U.S. Open returns to Pebble Beach Golf Links in 2019 and witness one of the greatest spectacles the game has to offer. 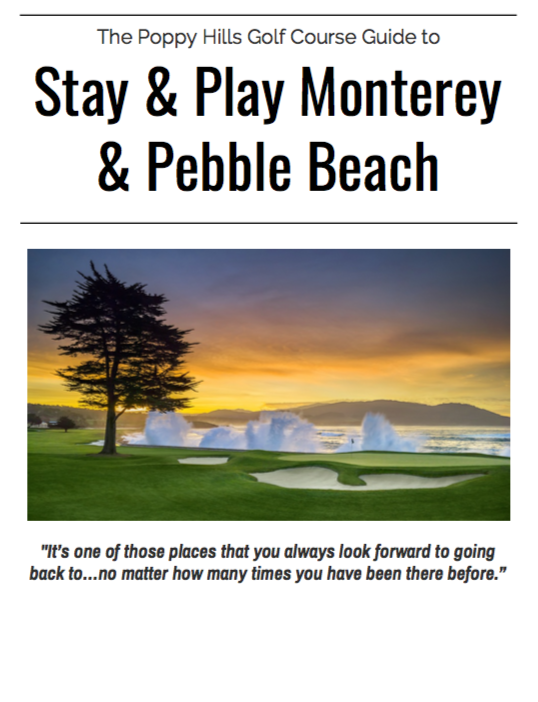